It’s March and time for the Annual Slice of Life month long writing challenge. A slice of my life each day for today and the next 30 days. It’s the 13th annual challenge: I have participated in several before, but last year I let life get in the way did not even try. Truth be told I had already told a couple of people that I would not this year. Yet here I am.

I am in the process of finishing the final touches for a book of poems that is about fifteen years overdue. The finished product will not be in my hand come the first day of spring as I hoped. It is finally ready to go to an editor which is further than I’ve ever gotten with it before. My next big step after that is the copyright process. I am crossing my fingers to at least have the first galley in hand by the end of April at the latest. Wish me luck!

In the interim I have a couple of out of town trips scheduled in the next few weeks. I should be able to get a few blog posts out of that right? Yes, I am a glutton for punishment to take up this challenge on top of all of this, but it is called a challenge for a reason.

It is Day 1 of the March Slice of Life Writing Challenge for 2020. Stop in and see how others are slicing it up!

To Friends Who Know Me Well

So this conversation snippet happened on the train ride home:

H (without batting an eyelash): Raivenne

Today is Day 20 of the March Slice Of Life Story Challenge.
Come see how others are slicing it up this Tuesday!

As part of the month long celebration of a friend’s birthday.  we had a birthday lunch at a Momofuku Noodle Bar. Yes, that is the actual name a small, but popular chain of an Asian noodle bar in New York City.  I’ve been to Momofuku a few times now. For a place renowned for their noodles, each time I’ve been there was for their chicken dinner, of which there is not one noodle to be found.

Let me present Delicious Exhibit A: Deep Fried Chicken and Spicy Sweet BBQ Wings, plus salad and tortillas in the covered black dish. 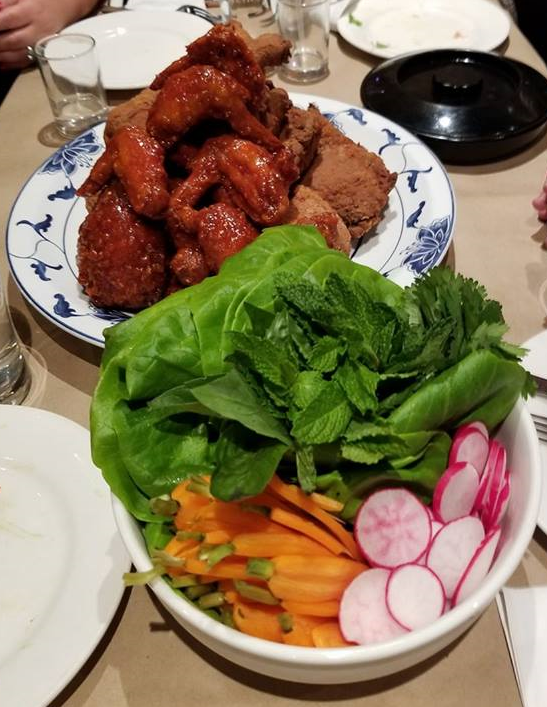 Really how gorgeous is that bowl of veggies? Romaine lettuce, mint and cilantro sprigs, with sliced mini carrots and radish. So colorful, it’s a work of art.

There were five of us at the table. There was still three pieces of chicken left over. That has never happened before. We all looked at each other as if to say “How did this happened?” We just couldn’t eat another bite.

Just a little something…

So naturally the birthday girl got to take the leftovers home, sans the little bit above of course.

You won this round Momofuku, we’ll get you next time.

Today is Day 18 of the March Slice Of Life Story Challenge.
Come see how others are slicing it up today.

Today is St. Patrick’s. Yes, it is celebrated here in the New York City with parades, the wearing of the colors of Ireland, consuming traditional Irish food and let’s be honest drinking -seriously a lot of drinking.  While it is a very festive occasion in several Major cities here in the U.S., it is not a national holiday here where schools, banks and government offices close. While many places celebrate it, what a lot of people don’t know is that Montserrat is the only other place outside of Ireland where the date is officially marked as a national holiday.

Montserrat, “The Emerald Isle of the Caribbean” Irish connections have long been a source of interest for local residents and tourists alike, and over the past two decades have made concerted efforts to bolster its Irish legacy and build upon perceived connections between present-day Montserrat and historic Irish communities. Its most prominent example of these being St. Patrick’s Day, that simultaneously commemorates the island’s Irish heritage and an uprising by Afro-Caribbean slaves and members of the island’s free black community on the same day in 1768. 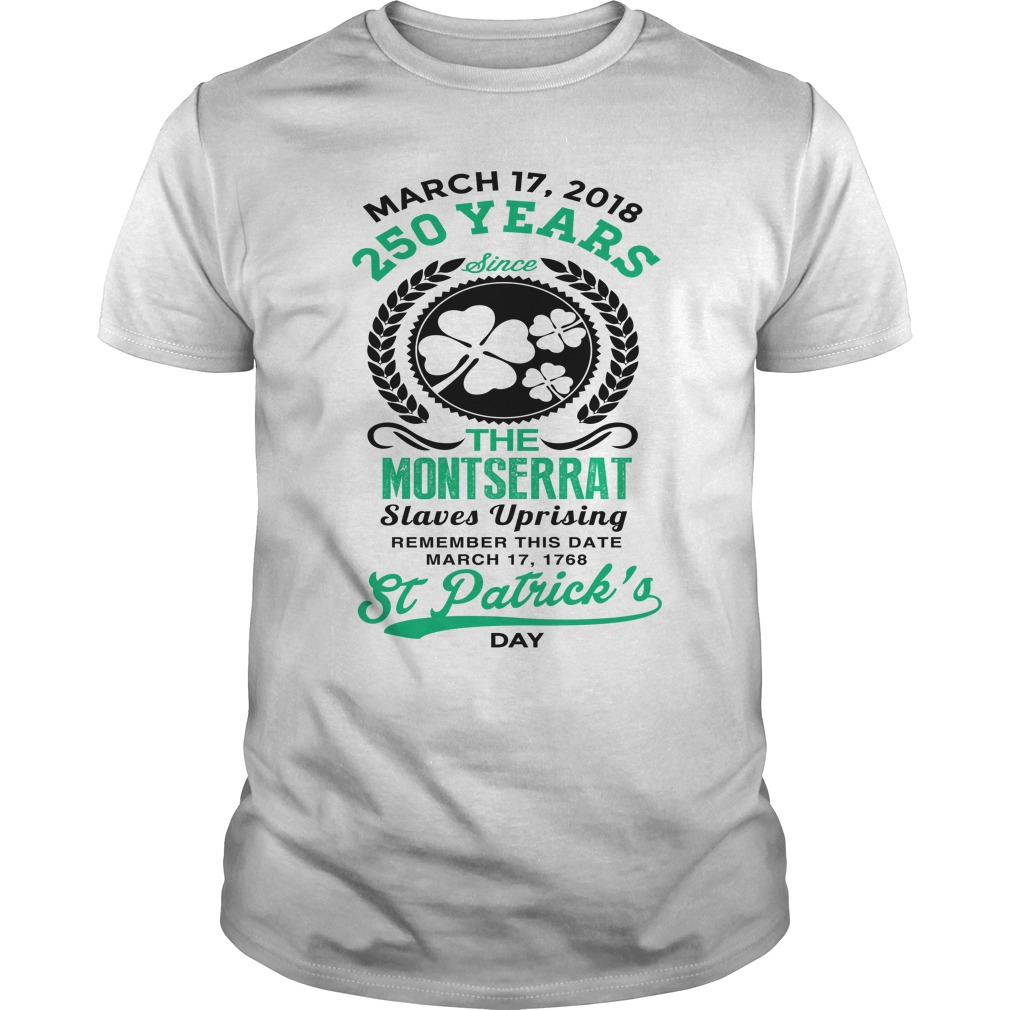 An officially designated national holiday, it has become a week-long festival that includes a parade in national dress, dinners, dancing, pub crawls and public talks.

Part of a St. Patrick’s Day Celebration in Montserrat.

So to my best friend who is from The Emerald Isle of the Caribbean, Erin Go Braugh!

Today is Day 17 of the March Slice Of Life Story Challenge.
Come see how others are slicing it up today.

May you always have…

Today is Day 16 of the March Slice Of Life Story Challenge.
Come see how others are slicing it up today.

It seem a number of people either in real life or here among slicers are all talking about their schedules. With St. Paddy’s Day on Saturday and a birthday celebration on Sunday, I figure I should take a look at mine.

Now, everyone who knows well enough knows – I make no promises to attend anything without consulting my calendar first. Especially after the fiasco a few years back where I did not just double, but triple booked myself for events within the same five-hour time frame. I am very conscientious of managing my time better now.

That being said, I realize now that I have something planned for the next seven weekends and a smattering of weekday events tossed in for good measure. Between birthday parties, a house-warming, movies, Paint Nites, concerts and art galleries and The 24 Hour Project and brunches and friends visiting and posting slices… and… and… and…

And yeah, I’m now exhausted just looking at my calendar.

And yeah, I wouldn’t have it any other way.

Today is Day 13 of the March Slice Of Life Story Challenge.
Come see how others are slicing it up today.

Not Exactly What I Meant

…Though it is very representative of my mood right now.

Frosted over, but trying to push through the madness. I seriously chose the wrong year to give up coffee for Lent.

Today is Day 8 of the March Slice Of Life Story Challenge.
Let’s how other are slicing and hopefully doing a better job of chilling out today…