Just this morning I quoted “all the world’s a stage” to a friend. A discussion ensued which wound up with us using Google to prove I was right in that the line was from “As You Like It” and not from “Love’s Labour Lost”. That in turn became a discussion of just how Shakespeare’s words have infiltrated our lives.

Few of us get through the education system without gleaning some basic knowledge of the man, well at least a couple of his works. Even if one cannot quote any other line from say, Hamlet; even if one does not know the name of the tragedy itself, one is still familiar with “…to be or not to be…”  I still remember the magical moment in fourth grade upon realizing wherefore actually meant why and how that one little thing completely changed the context of “…wherefore art thou Romeo?”. It taught me to always look deeper than the words on the page, because as Led Zeppelin perfectly states ’cause you know sometimes words have two meanings. Still, thanks to my southern upbringing, I knew what being “a sorry sight” meant long before I ever heard the name William Shakespeare and was destined to enjoy more of his magical verbiage.

Think about it. Most of his words which we quote without thought, were written for plays – for mere entertainment. Think about how so much of it has transcended from Elizabethan times to now, without one iota of loss in their overall meanings. Talk about staying power! Many of us remember little of what we’re taught regarding the actual history of those times. Well, little of history in general, to be honest. Yet all of us quote him more than we can ever imagine, even if we do not realize the words are his.

I’ll quote someone else for a moment and paraphrase Edward Bulwer-Lytton: the might of the pen, indeed!

In the midst of the above mentioned Google search I also discovered today, April 23rd, is William Shakespeare’s birthday.

Willie Shakes, as I quite tongue-in-cheekily like to refer to the Bard, would be 449 years old. In honor of the man who likely has had the biggest influence on many of the colloquialisms that continue to spice our language I post the following: 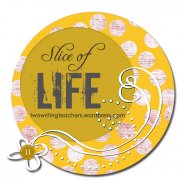