For us working stiff in the U.S. part of the North America hemisphere we have two times during the year that tend to suck. One is the dog days of summer when there are no major federal holidays between Independence Day (July 4th), and Labor Day (the 1st Monday in September). The other time is right now where we celebrate the births of Presidents Lincoln and Washington who had the nerve to be born in the same month. Originally, the dates were two separate holidays in February (yay!), but some grumpitygrumpgrumps got in their heads that was just too much time off and combined them into one major holiday called President’s Day. It is my honest suspicion this was done to preempt those days far down the road of having to honor future great presidents with their own personal days, eventually filling the calendar. “We gave them all one special day to celebrate, you’re not getting any more, now get back to work you peons!” — but I digress, sorta…

President’s Day, which still only honors Abe and George for now, was yesterday. That now means there are no more Federal holidays until Memorial Day at the end of May.  That is  half of February, all of March, all of April and because of how the calendar falls this year, all but one day of May  before we have a government paid holiday off from work. Thus we have reached the other time during the year we 9-to-5ers abhor.  Or as I not-so-poetically stated on my Facebook page this morning…

“And now we enter the dread of winter…”

The realization that this stretch of time in, is nearly twice as long the summer stretch is a special misery. That many of us are in the middle of a very cold winter does not help. Temperatures dropped to an unseasonably brutal teens yesterday. That’s wickedly cold even for this native New Yorker whose memory still holds the nice warm sunny days from vacationing in the Middle East just a two mere weeks ago.

So there’s absolutely nothing to break up the Monday thru Friday monotony, and the pouring rain and umbrella ripping winds that await me for my trek home tonight fill me with such cheer as well.

And  despite my moaning and groaning, as I have to acknowledge today’s crazy rain starts a set of days where the temps are above freezing for the first time in a couple of weeks and I’m already thinking about my St. Paddy’s day outfit.

Not to mention Game of Thrones and Outlander returning to TV.

Let’s see how other’s are slicing through their day… 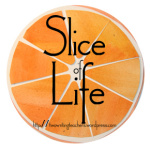 2 thoughts on “Winter is coming-er-leaving”