This is less a slice and more a serving of the whole cake as this past Saturday I participated in the 24HourProject a 24 hour photography where every hour you post at least one picture to your Instagram, so it’s all in real time. To prep for the event I took Friday off to run errands in the morning and sleep in the afternoon. Well, I got my errands taken care of, but naturally sleep was elusive. Having been up since 8am, at 10:30pm it was a lost cause. I, along with the Stanley to my Ollie (what another fine challenge you’ve gotten me into!), my running buddy GirlGriot, met at midnight in Times Square to begin.  As luck would have it, it was a cold, windy and rainy midnight, but in for a penny – in for a 24 Hours, troopers that we are, it did not deter us.

Together and separately, we ran amok in the City That Never Sleeps and photographed the people and things that captured our eye.

Some of my favorites of the 24 Hours – 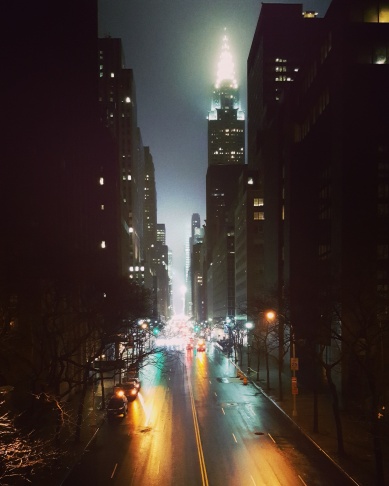 In the middle of this I also attended a Cookie Crawl with friends. Yes, it’s like a pub crawl, but hopping around to various sweet shops/bakeries. You know how you have a wish list of eateries you’d like try? Imagine going to several of them in one day and you get it. NYC has a plethora of such small businesses to tempt the sweet tooth and we visited a few of them. Let’s just say the repeated consumption of sweets was just what this this slowly tiring body needed.  GirlGriot and I met up later in the day to attend a free improv show. We had a little under three hours left when we ran into the subway poet pictured above.

His finished impromptu prose for me:

The young man would not give his signature so I’ll call him Eeyore as this was the key chain that sat on his table as he worked.

My last official shot of the night?

I captured this little guy hanging out on a staircase while waiting for the train, one of many such whimsical bronze figures which comprise the “Life Underground” sculptures by Tom Otterness dotting the platform and steps of that station.

From waking up at 8am Friday, I finally hit my bed some 41 hours later. It was the most exercise my legs have had since fall. Advil and I were best friends when I finally crawled out of bed on Sunday. It’s Tuesday and while my calves have finally stopped their cussin’, they’re still pretty miffed. Ow, but so worth it.
<>==========<>==========<>