When I first scanned Facebook earlier today. I saw that various friends had already changed their cover photos (large banner type image seen behind a person’s profile picture – for non-Facebook users), to pastel colors or shades of green to herald in the coming of spring. I cannot say that I blamed them. I’ve posted my share of snark to Gaea, Demeter and crew bemoaning -okay bitching about- the weather, much to the amusement of my Facebook friends. While this winter was not a truly bad winter, at least not compared to last winter – which was brutal by NYC standards, it still was not a pleasant one. I, for one, am very glad we are in the final stages of this cold dreadfulness. I have to admit seeing the changing covers and the general relief of yes, it’s almost over! among us Northern-Hemisphere dwellers was catching. That was my mistake. I really should have known better.

When I have no plans to go for the weekend, I pay no heed to the weather forecast from Friday night until Monday morning. Thus it took me by surprise to look out of my window and see snow falling. Not just falling, but falling heavily – there was no question this stuff was sticking. Oddly enough instead of being upset, I was highly amused. After all, I have witnessed it snow in April several times through out my life and here it is only March 1st. As I said, I really should have known better. I know in the morning as I look at the forecast for the week, so I can plan my wardrobe, a part of me cannot help but imagine Jack Frost chuckling to himself about this. 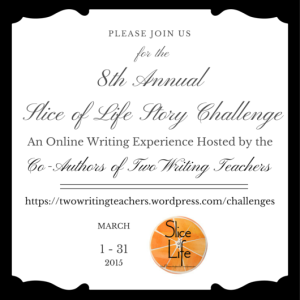